«European money is far from the pockets of startups, which generates unease»

«European money is far from the pockets of startups, which generates unease»

Rodrigo García de la Cruz has been in charge, since 2018, of the Spanish Association of Fintech and Insurtech (AEFI), which grew by 20% in the last year and already has 175 associated companies. At a time of change accelerated by Covid, we analyzed with the president of the employers’ association the digital transformation of… 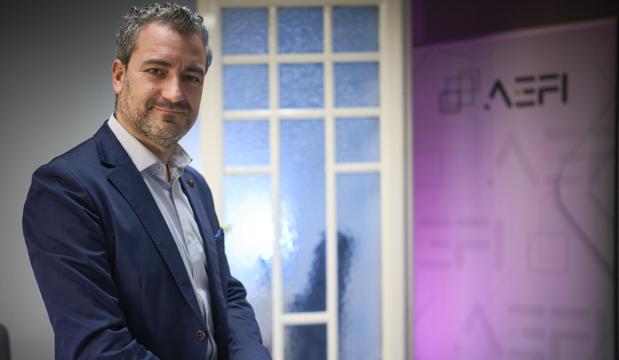 Rodrigo García de la Cruz has been in charge, since 2018, of the Spanish Association of Fintech and Insurtech (AEFI), which grew by 20% in the last year and already has 175 associated companies. At a time of change accelerated by Covid, we analyzed with the president of the employers’ association the digital transformation of the Spanish financial and insurance sector, as well as the opportunities and challenges that lie ahead.

In what state is the fintech ecosystem in our country?

Now it is in a very sweet moment, although it is true that Spain has always been a great generator of financial innovation. There are currently some 600 fintech companies operating in our country and we are in the top three in Europe in terms of investment, behind France and
Germany.

What do we need to climb to the first position?

The investment in capital of these companies that moves in France or Germany is significantly higher than that of Spain, and it is rare because our country, apart from growing at a European level, can do so in Latin America due to its relationship with the region. but we are seeing
that more European companies come to Spain than Spanish companies go to Europe, that is a great challenge as a country. There are also many more Spanish than European firms going to Latin America, so we have a competitive advantage there.

Do you miss greater institutional and public support for the fintech sector to grow more?

I always mention the case of France, which two or three years ago was behind Spain in fintech terms and has taken a very important step forward. Why? Because there is a very clear mandate from Emmanuel Macron in favor of the ‘startup nation’, to create a country that is really a generator of investment for the ‘fintech’ and ‘insurtech’ sector. I am not saying that in Spain we do not have support, but in countries like France we are seeing it from the highest institutional level. That the president speaks of the fintech sector with total naturalness makes the rest of the investors put their energies more in one country than in another.

AEFI has been involved from the beginning in the creation of the Spanish ‘sandbox’ or controlled testing environment for ‘fintech’ and ‘insurtech’ businesses which, to date, has held two calls. Is it being as fast and agile as expected?

The Treasury is complying with the law, which is to have two open calls a year. The data from the first one was very good, what has happened is that the times that have taken in the negotiation and signing of the protocols have multiplied by three and by four on some occasions, with which they have been delayed more than what was expected within the sector. This has caused that the second edition has had less number of companies that have applied. This will mean that, for the third edition, the internal processes will be improved so that the ‘sandbox’ works as well as possible. Things can always be done better, but we have a ‘sandbox’ when many European countries, such as France or Germany, still do not, which I think is a very powerful case.

The Sandbox has arrived more than two years late. Have we missed the opportunity to position ourselves at the global forefront of the fintech industry?

In order to be at the forefront, not only regulation is needed, but also capital, talent, market, etc., but it is true that we have lost a very nice opportunity to have had the ‘sandbox’ before and to have been able to have attracted more companies at that time. In any case, the important thing is that the ‘sandbox’ that we have put in place works and that there is institutional support to make it a global reference.

Is there an opportunity to attract companies and capital from the United Kingdom on the occasion of Brexit?

It is a matter of opportunity and I think we have lost that battle. Ireland has won it, due to its proximity and language; France, which was very intelligent in creating a financial ‘city’ in Paris; and also Germany and Holland have taken a part of that business.

European funds now open an opportunity. What does the Spanish fintech sector expect of them?

The first thing, financing and investment to grow and compete on equal opportunities with our European partners, bearing in mind that the fintech sector often needs regulation or supervision and that requires more capital and investment than other types of startups. On the other hand, sometimes companies, being ‘fintech’, have restrictions when knocking on the door of subsidies, with which we feel penalized because the public bodies themselves cannot lend to companies that are themselves financial or that are related to the financial sector. In addition to being a recipient of funding, we can also be a vehicle for distribution. We have transmitted it at the time to the Government.

Are the requests being attended to?

Whenever we have spoken with the Government, it has listened to us, but we are still a long way from seeing European money in the pockets of Spanish startups or SMEs, which generates some uneasiness.

If you are a professional with a profile focused on the field of financial innovation and you are looking for work in the field of Fintech and insurtech, contact us at contacto@asociacionfintech.es